The Bells of Hell Go
Ting-a-Ling-a-Ling 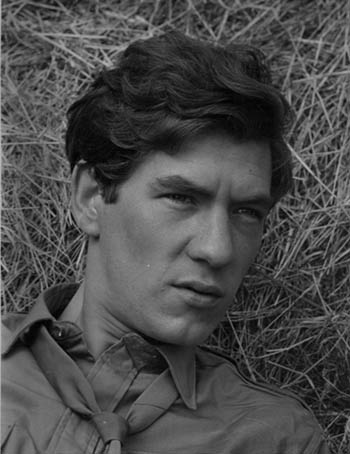 The First World War song that gave this film its title continues:

'O Death, where is they sting-a-ling-a-ling,
O grave they victory'

(Sung in Attenborough’s "O, What a Lovely War" and by James Whale at his first meeting with Clayton Boone, in Gods and Monsters) 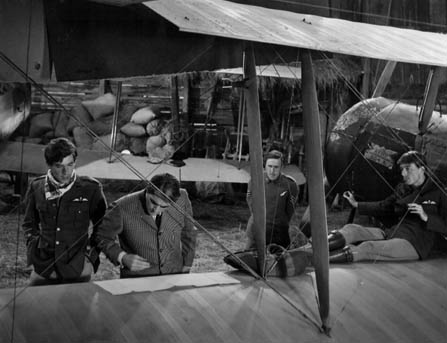 "This reproduction bi-plane couldn’t fly. As it taxied, with the aid of hidden ropes, across the alp, I was Colonel Peck’s assistant onboard. " "Following the success of 'Sound of Music' this was another film set in Switzerland during summer sunshine. We were based in Gstaad, home of exiled movie stars, and I relished the luxury of fresh raspberries on my breakfast cereal.

"After five weeks filming, the summer was invaded by early snow which was forecast to persist through the following six months. The shooting was already behind schedule so Mirisch cut their losses by abandoning the film and sending us home — me with £4000, enough to keep me solvent over the next few years, while I could afford to work for much less generous wages in the theatre. Thus my first film was unfinished and unreleased." 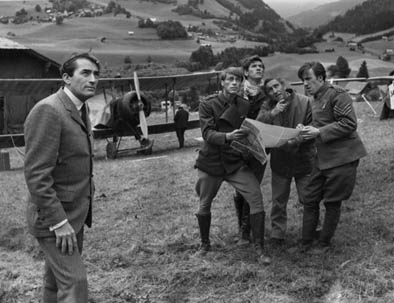 Gregory Peck with his young team of aircraftsmen planning to carry Allied aeroplane parts through occupied territory where they would be reassembled in order to bomb enemy targets.ppy just to sweep the stage. He was now a huge movie star. In our film he was not well-cast as an English army Colonel — he repeatedly addressed me as 'Loo-tenant': and when I repeatedly corrected his pronunciation (in UK we say 'Left-tenant'), the director David Miller told me to shut up. 'Never forget Ian, Great Britain is only 5% of the world market.'" 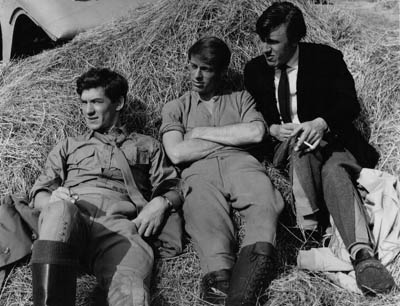 "The glamorous Burris de Benning was from the States. I was closer to my countryman David Battley, who was having a mournful summer. At birth he was a 'blue baby' and before multiple blood transfusions, had been given only 20 or so years to live. Then in his 20’s, he often mused on life’s vagaries. He and I shared our free time up and down the slopes of Gstaad and were equally relieved when the unit photographer gave us the news that the film was to be cancelled." 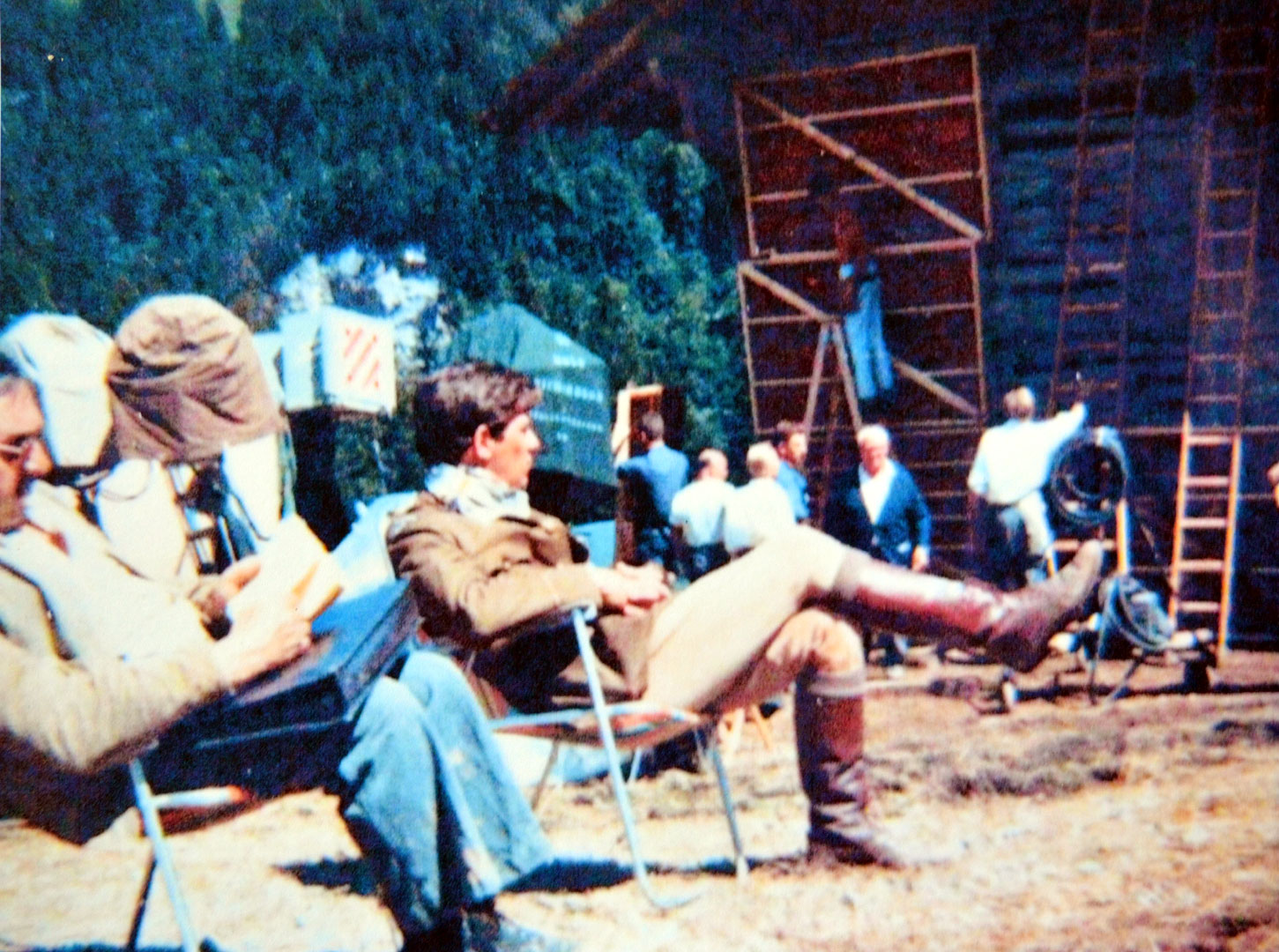 Waiting on the set of a film that was never completed 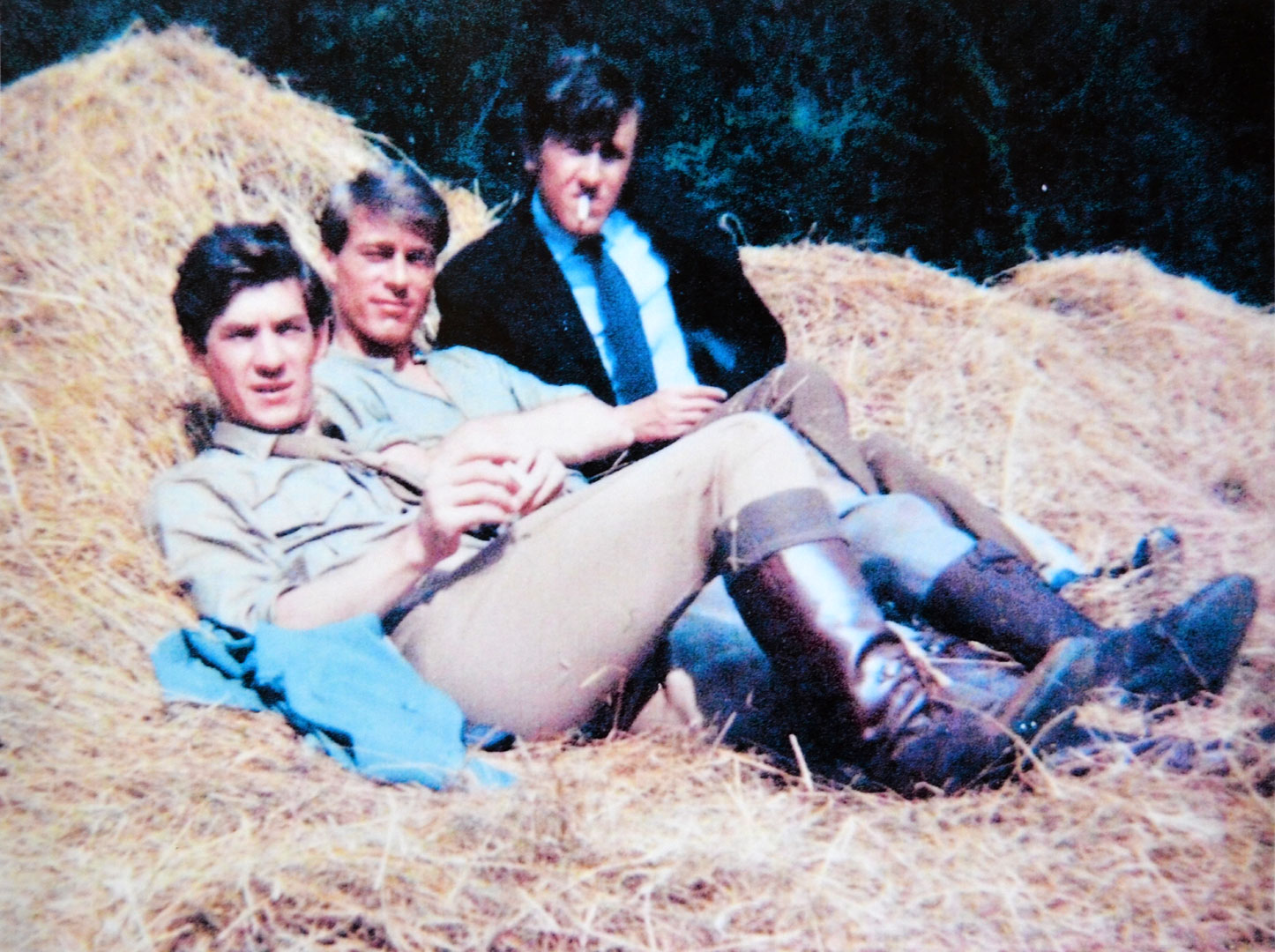 Waiting on the set of a film that was never completed, with Burr DeBenning and David Battley 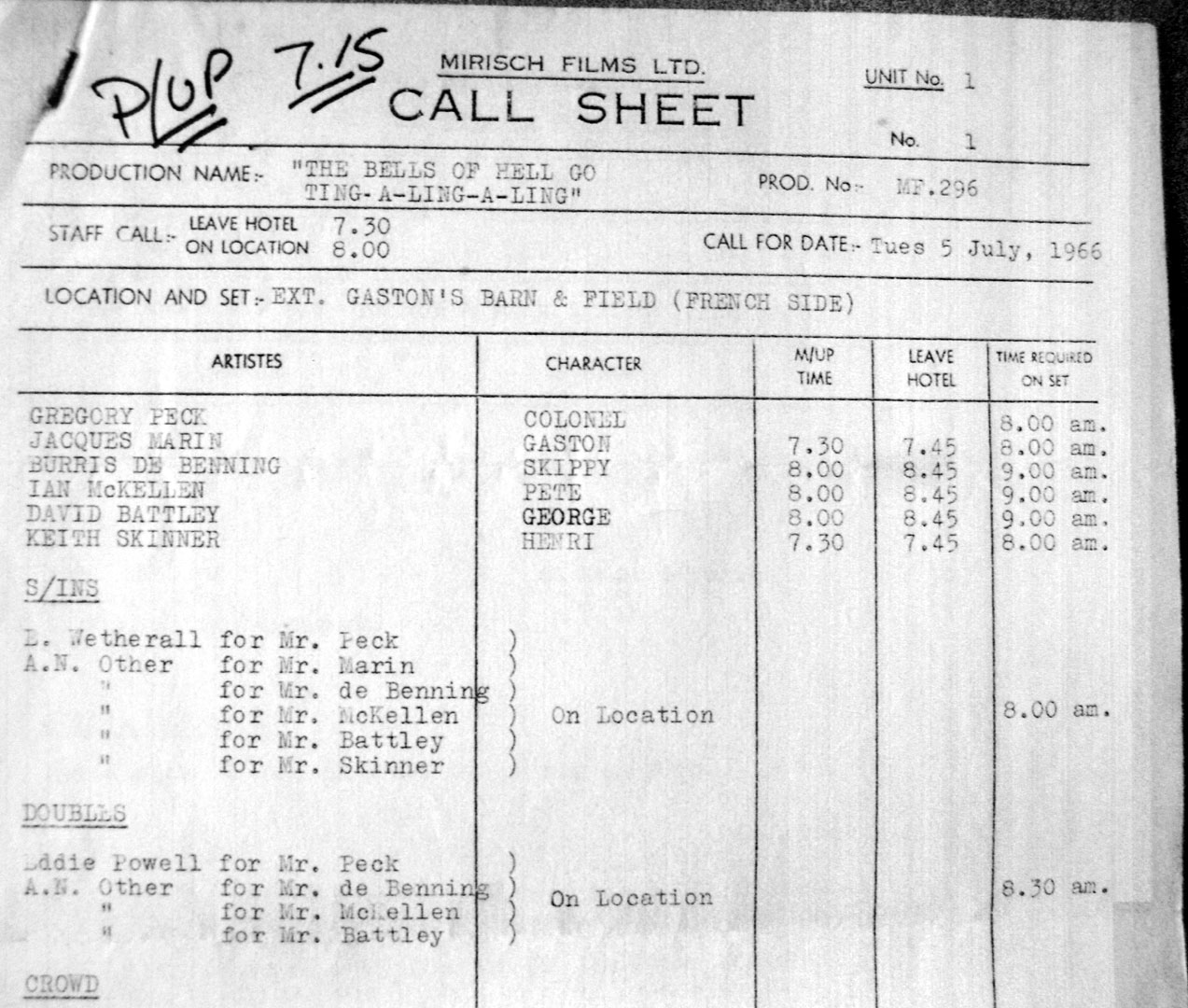